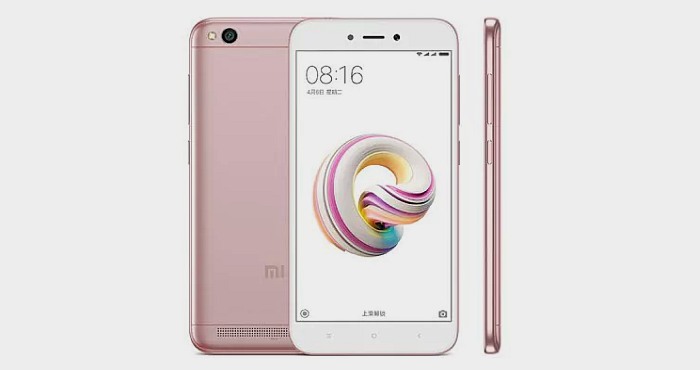 Xiaomi Redmi 5A has been released by the Chinese mobile phone maker as its next entry-level offering. The Redmi 5A is the expansion of the existing Redmi 4A. It has a long battery life.  It promises a similar 8-day battery life like that of Redmi 4A.

Xiaomi has released the next version of its entry-level mobile phone that is the Redmi 4A. The newly launched Redmi 5A supports a metal-like matte texture. It also comes with little design tweaks, for instance, rounded corners and a lighter build metal. Hence, this lighter metal has brought the overall weight of the smartphone down to just 137 grams. The price of the newly launched Redmi 5A has been declared at CNY 599 (Rs. 5,900). It is available for purchase in the markets of China and other countries including Xiaomi’s official website. It can be purchased online as well as from its stores.

Redmi 5A has many nice specifications that are not available in its previous version.  This newly launched mobile phone comes with a 5-inch HD display with 720×1280 pixel resolution. Its resolution is very high and of good quality. It is made by a 1.4 GHz quad-core Qualcomm Snapdragon 425 SoC. It also has a 2GB RAM. It has the 16GB of internal storage.  Internal storage of the smartphone can be expanded up to 128GB. The smartphone runs Android 7.1 that is topped with MIUI 9 and draws its juice from a 3,000 mAh battery. There are many connectivity options on the mobile phone that include a 3G/ 4G VoLTE, GPRS/ EDGE, Wi-Fi, Bluetooth, and Micro-USB as well. There is a hybrid SIM slot in the Redmi 5A.

As far as its optics is concerned, the Redmi 5A comes with a 13-megapixel rear camera with f/2.2 aperture. Its features include burst mode, HDR mode, panorama mode and much more. The front camera comes with a 5-megapixel lens with f/2.0 aperture.

The latest smartphone is not a big upgrade from its previous models. It contains many features just like those in the Redmi 4A. In some features, it has even been downgraded including the battery. Xiaomi still claims that Redmi 5A will be able to deliver 8 days of battery life. Just like its previous version, the Redmi 5A skips out on a fingerprint sensor. It is a very important feature in the smartphones these days.