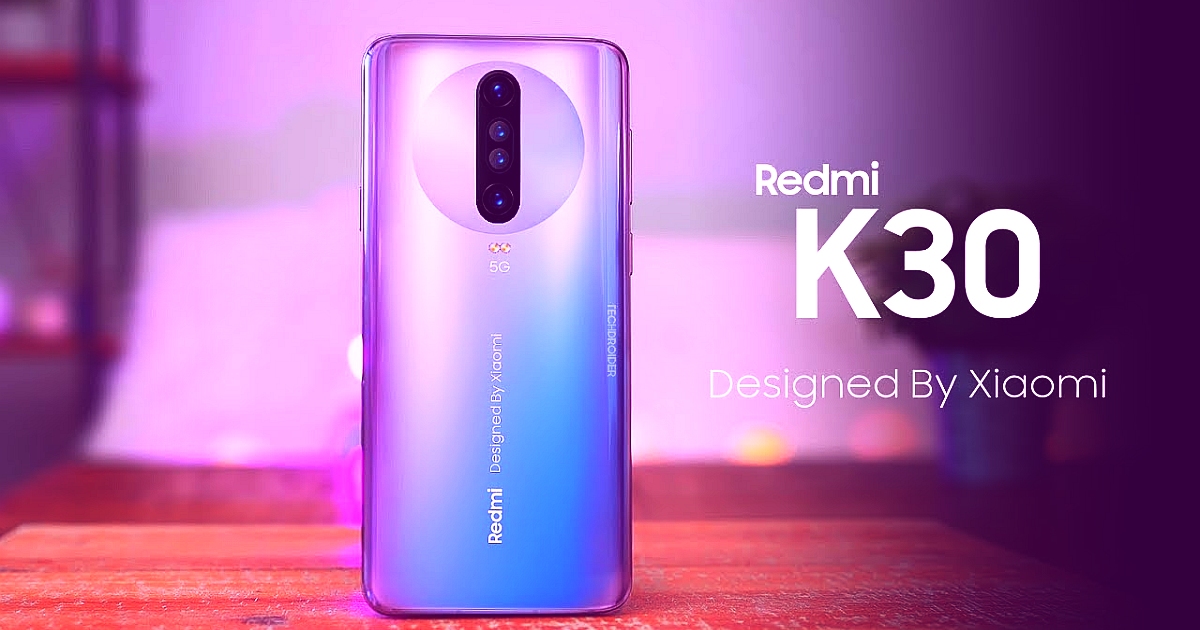 On 10 December 2019, Redmi introduced a new smartphone which is hailed as successor of Redmi K20 in China. It is named as Redmi K30. Although nothing is confirmed until now but mobile ambassador’s images and rumored details pretty much explain the specs of this new handset.

Although it is termed as Redmi K20’s successor, Redmi K30’s design is entirely different. The phone’s images which have been made public show that it would have a dual punch- hole display. It would be the first Xiaomi phone with a punch-hole display. Rear cameras would be aligned in a line and present in center of a circle. A flash light is also seen along with cameras at the back. In the images, it is also seen that 5G is imprinted on the backside of this phone, showing that it would be supporting 5G internet.

There would be a 6.6 inch IPS LCD screen. It would be having 16 million colors. The resolution of the screen will be 2340 x 1080 pixels with 391 pixels per inch (ppi) density. It is confirmed that it will have 20:9 aspect ratio.The device would have 120 Hz refresh rate. There are different rumors regarding the processor of this device. First it was said that there will be a Mediatek chipset and then news came that Redmi K30 would be having Qualcomm snapdragon processor. But now it is said that there will be two variant of this handset. One will be 5G enabled and the other would only support 4G services. So it might be possible that both variants would have different chipsets. Phone could have MIUI 11 with Android 10.0. It will have 6 GB RAM and will allow users internal storage upto 128 GB which cannot be extended.

It is confirmed from images that Redmi K30 will be a quad camera phone. The 60 MP main camera is recently developed by Sony. Apart from this, there will be 8 MP telephoto lens, 13 MP ultra wide-angle lens and 2 MP depth sensor. On the front side there are two cameras present. Primary sensor could be 32 MP and depth sensor might be 2MP.

It is expected that there will be a 5000 mAh battery with 27 W fast charging. Fingerprint sensor would be mounted on side. The price is expected to be 538 USD. It is also rumored that Redmi will release the Redmi K30 Pro in 2020 with further enhanced features.