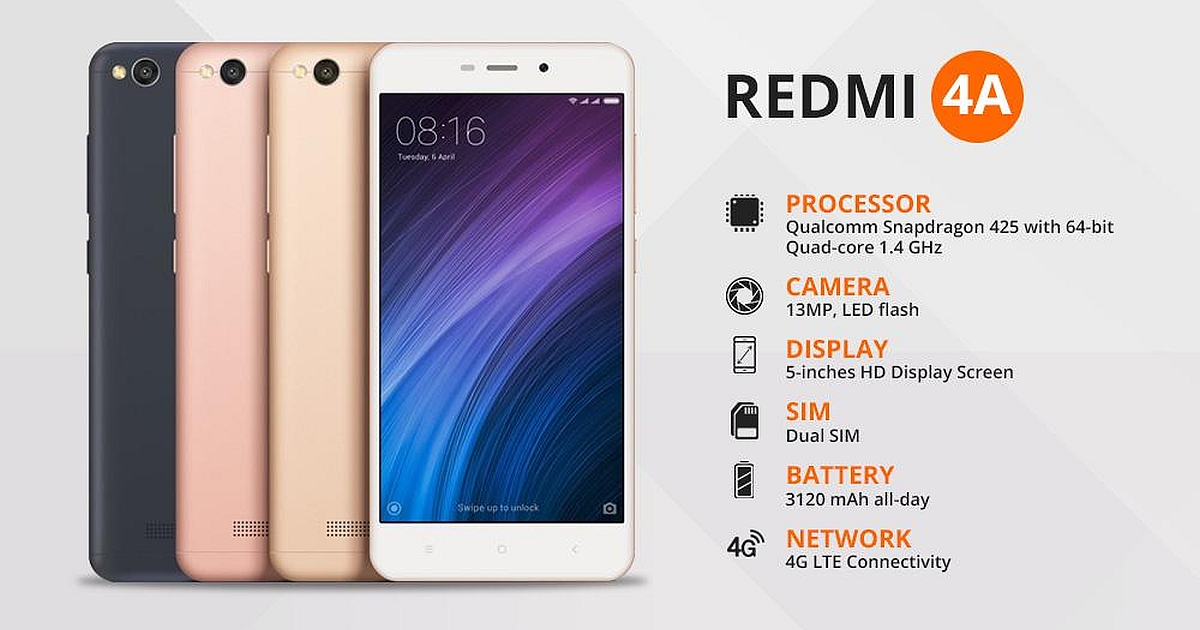 Today we are looking at some of the best features of Xiaomi Redmi 4A. What took me by surprise is the fact that at this price, it includes all the necessary sensors, including magnetometer and gyroscope, so that means this device can be used with VR headsets and also 360 Videos play perfectly fine on this device.

Next feature is the double tap to wake. Even big brands sometimes miss on this feature, trust me guys it’s very handy. You don’t have to press the power button at all, just double tap swipe and you’re on to your home screen. This device is very comfortable to hold and to further enhance that experience, you have a one-handed mode which allows the display size to be shrunk to you know 4 inch or 3.5 inches which further, as I mentioned, enhances single-handed usability. There is a feature called quick fall. Just a floating icon visible across the screens which house some important shortcuts. The best thing is you can also customize it to open your favorite applications as well.

Now, if you have a habit of reading late night on the bed, then this device has a reading mode which gives the display a low tint and reduces bu light, which indeed is considered to be good for your eyes. Using a feature called dual apps, you can have two instances of the same application. Let us say you can have two Facebook accounts, and not only that but you also have the second space guided by a different password which is necessarily a second account on the same device itself. So it’s like using two phones in one phone itself.

Next feature is the long screenshot. This is one of my favorite features of this device which allows you to capture vertical content in one single screenshot itself. So if you have long lists of items articles, this definitely comes in handy. This device has an in-built time-lapse mode through which you can capture some beautiful time-lapse, or you know fast motion videos, be it sunrise, beach, sunset or city wipes. You can capture all those things using this feature. This device also supports call recording. So you can choose to record from all the contacts or from selected ones.

Now, calculator app is one of the dynamic and best I’ve seen across key devices. It acts as a currency converter, length converter, volume converter, temperature converter and the list goes on and not only that, but this device also has inbuilt scanner app, which allows you to scan QR codes, business cards, and documents. This phone also has a child mode through which you can monitor and control one application your child is supposed to use, and the good thing is it’s protected by patent or password, so you can exercise some parenting control through this feature.

There is another feature called timed messaging through which you can schedule the messages to be sent at a set date and set time. It’s a perfect solution if you have a habit of forgetting birthdays of your friends or family members. Now, apart from these features, there is one more feature which I very much like and that is auto arrange icons, just shake your device to auto align the applications from left top corner to the right bottom corner of your display, I just can’t remember another device apart from Xiaomi having this feature.

Posted in News Tagged with: Smartphone, Xiaomi Redmi 4A